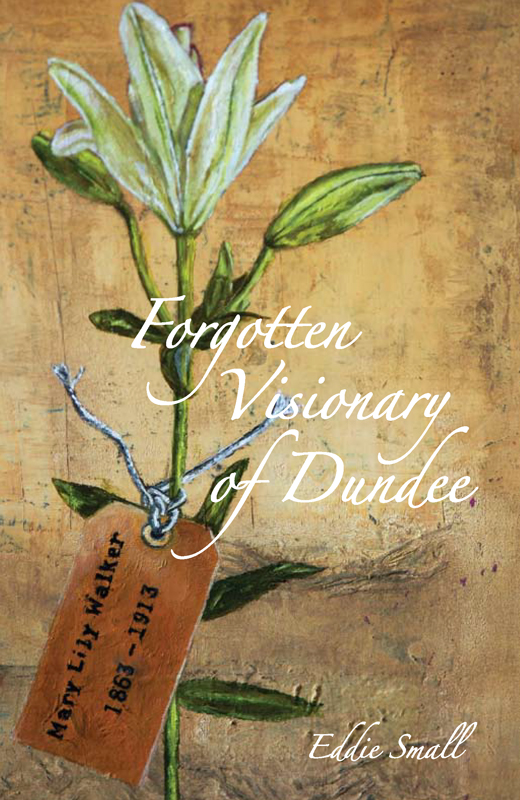 This biography tells the story of social work campaigner Mary Lily Walker, who dedicated her life to improving the lives of women and children in Victorian Dundee.  Her memory is no longer forgotten!

This is the story of a remarkable woman from a city renowned for its strong women.  It is the story of a woman who not only brought national attention the desperate plight of women and children in late-Victorian Dundee, but who introduced social and healthcare reform to a city she held dear.  This book tells her story for the first time – her early life, her inspirations and the friendships that make her a treasured daughter of Dundee.  This is the story of a legacy that still survives one hundred years after her untimely death.  It is a story that has been too long in the telling.

Originally published by Dundee University Press in 2013, our team has featured this book at all our events.  We were part of the research team who worked to return Mary Lily Walker to her rightful place in Dundee’s memory, in time for the events marking the centenary of her death in 2013.  Our founder, Dr. Suzanne Zeedyk, describes Mary Lily Walker as “working to combat ACES in Scotland before anyone ever dreamed of ACES”.  We are pleased to help  make this unique biography, written by the talented storyteller Eddie Small, available to a wider public.

In 2015, Eddie Small wrote a play entitled The Four Marys about Dundee’s four change-making Marys.  Our team proudly attended its debut at the Verdant Works Museum.  Here is an excerpt from that play, performed by Amy Galloway in 2017, speaking the part of and dressed in the costume of Mary Lily Walker.  https://www.youtube.com/watch?v=9lxx-hB-Sgc

In 2016, Dundee opened its new Discovery Walk, featuring leading thinkers from the city’s history.  Mary Lily Walker was amongst them.  It felt a major achievement to have her memory so restored, given that until her Centenary of 2013, she had been virtually forgotten.  This clip from Abertay TV tells the story of behind Discovery Walk, including Mary Lily Walker’s inclusion within it.  https://www.youtube.com/watch?v=0iBRwHoOMGM

connected baby ·
@connectedbaby
Some of our followers might remember our big celebrations of Global Belly Laugh Day on 24 January a few years ago, alongside @StarcatchersUK . This is a reminder the date is coming up soon! https://t.co/mqxdR5j8ZB
View on Twitter
Belly Laugh Day@bellylaughday
Thanks @hopkinscttrehab #celebrate #smiles #laughs that transform our moments 24 hours a day, 7 days a week on the 7 continents #bellylaughday #january 24 at 1:24 p.m.(local time) #smile #laugh Join The Belly Laugh Bounce Around the World #laughter #positiveenergy https://t.co/dPfShUjA6C
0
1

connected baby ·
@connectedbaby
We loved helping make this concert happen online in December & we will give it all our support live in March as well! https://t.co/c4ZjKPRLzO
View on Twitter
Anam Alba Coaching@anam_alba
We're back rehearsing & delighted to be pulling plans together for our postponed show on Fri 11th March, 7.30pm at The Piping Centre

An evening of song & dance in aid of @DiabetesUK as we take a funny music walk through lockdown.

connected baby ·
@connectedbaby
Teddies matter! When @suzannezeedyk recently posted this story of @Alan_Measles childhood teddy, she received this lovely response frm a follower: "I’m 37 & still sleep with and travel with my teddy bear. He’s single-handed the most precious thing I own!"
https://t.co/HtBJgjGyjD
View on Twitter
0
0